Located in the San Fernando Valley, Van Nuys is one of Los Angeles’ most diverse neighborhoods. Its diverse population makes it a great choice for families or people looking to start their lives in Los Angeles. As one of the city’s most affordable neighborhoods, it’s also a good place to live for new immigrants.

While Van Nuys is relatively safe and easy to get around, the neighborhood does have a reputation for crime. The area has an overall crime rate that’s higher than many parts of the valley, but it’s far less than the crime rate in Hollywood. To be safe, you’ll need to be aware of your surroundings when you move into the area. 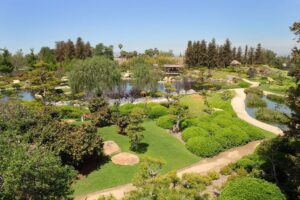 Van Nuys is primarily a residential neighborhood, but it does have a vibrant commercial district. The area’s major shopping street is Van Nuys Boulevard. There are numerous restaurants, malls, and other businesses to choose from. Also, it’s close to the 405 Freeway and LA Metro Orange Line, giving residents quick access to Downtown LA.

Residents in this neighborhood are largely middle-class, with an equal number of men and women. In addition, there’s a strong international community. Many people speak Tagalog, Korean, and Vietnamese. Other languages commonly spoken in the region include Armenian, Farsi, and Cantonese.

Van Nuys is a growing neighborhood. With many housing developments planned, it’s likely that prices will rise. For now, there are apartments and homes to rent in the area. Most residents drive, but public transportation is available. If you’re a walker, you’ll be happy to know that Van Nuys has a walking score of 70.

A large part of the economy in the area is focused on administrative services, construction, and the film and entertainment industries. These industries are supported by a wide range of employment opportunities. People can work in the food industry or in retail. Another area of interest is Van Nuys High School, which has been used as a movie location for many movies.

Although it’s growing, Van Nuys is still one of the most affordable neighborhoods in Los Angeles. RentCaf calculates that the average rent for a two-bedroom apartment in Van Nuys is $2,375. However, most new housing development in the area focuses on high-end homes. Those in the middle-income range might see their housing costs increase.

One of the major selling points of living in Van Nuys is proximity to jobs. It’s a 30-minute drive to downtown LA. Some residents prefer to commute. Fortunately, you’ll find buses and rideshares that connect to the metro system in the area. When you need a break from the bustle of the city, visit the nearby Lake Balboa Park, which offers a variety of watersports and relaxation.

Van Nuys is a diverse community that’s embracing a laid-back atmosphere. But that doesn’t mean you’ll have to sacrifice safety. This is a safe and comfortable area for families and adults.

You can also enjoy a number of activities and festivals in Van Nuys. Several landmarks in the neighborhood are worth a look, including the Van Nuys Branch Library and the Art Deco-style Valley Municipal Building.

Call Now for a Free Consultation

Our expert staff is standing by to answer your question.